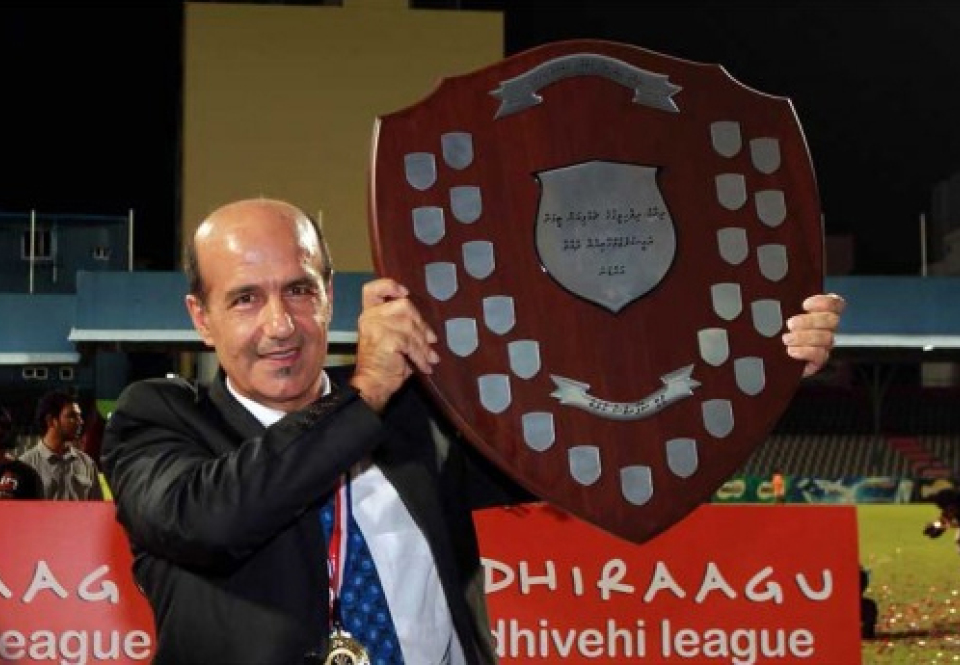 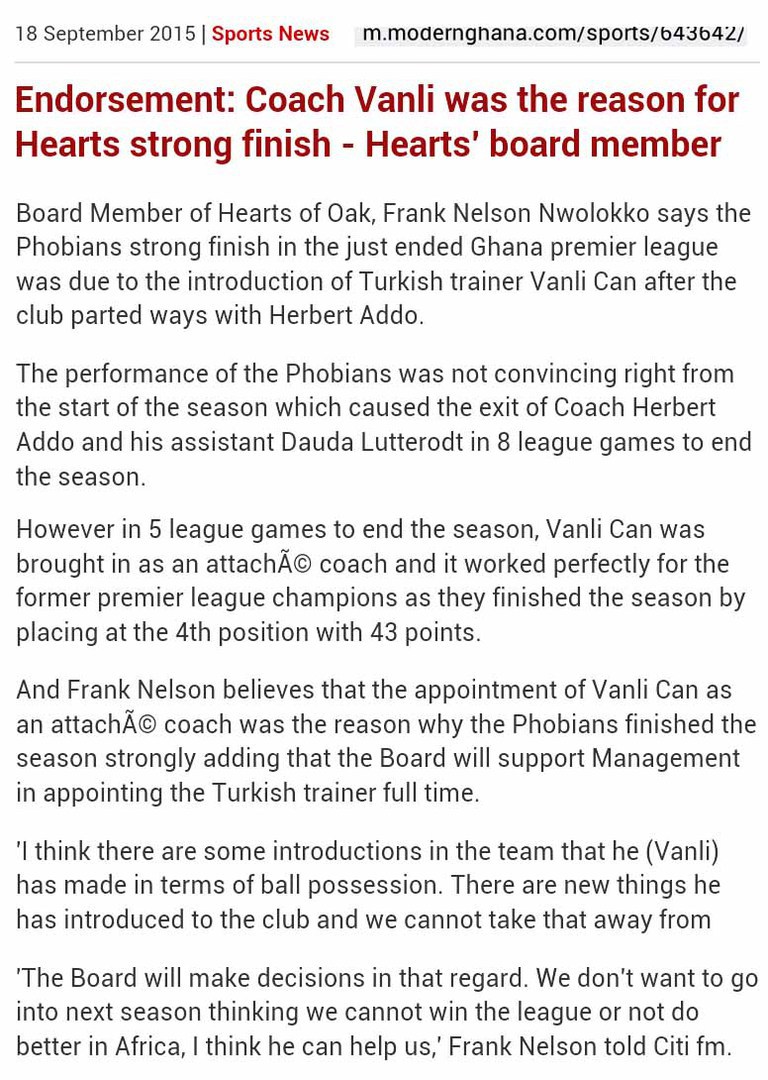 Maldivesoccer: Coach Vanli has molded and assembled a team that is tactically so resolute in defense and highly effective in attack.

Is there a possibility now that VB Sports will lose the league? With a huge 8-point lead from their nearest rivals Victory, it is highly unlikely given that they just need a point from the remaining three matches of the league. But in football you never know. It has thrown too many shocking results over the years that belie the conventional wisdom.

Yet it will be intriguing to see what is on the cards for VB. Their next three matches are nonetheless tough assignments with like of Maziya, New Radiant and Victory to come all gun blazing. But then isn’t it one point from possible nine.  A big disaster must strike them to lose their final three games and hence surrender the league in the most shocking manner.

Build on the back of nine national team players (of the last counting) they have the most lethal forward in the country. Though maverick Ashfag had been sidelined due to injury and suspension for the almost whole of round of two and now been used as an effective sub, the wealth of their talent in their squad is more than sufficient to their requirement. Look at the point table for proof.

As the richest club in the Dhivehi league they had gone into pre-season shopping so ruthlessly that they almost left Victory fuming. In the blind belief to exalt at AFC Cup players were snatched with lure of money that you could not refuse.  By the time they called it a day Victory had lost their backbone and Valencia was in mourning with loss of their savior last season.  Perhaps the more recrimination would come from Victory camp over the way VB conducted their affairs in recruiting players last year.

In the season opening charity match, Imran, once the touch bearer of Victory, was between the sticks for VB, Umair and Ammaty were calling shots in the VB defense with young striker Assad playing upfront. Now isn’t that the backbone of Victory? Tom, who helped rescue Valencia from relegation was to complement an already burgeoning forward-line comprising Ali Umar and Ashfag. Tom later made a hasty retreat to his old club of blue in the transfer window only for VB to make amends, with the capture of their last year forward Abu from wherever he was.

Little wonder then the point table show massive shift in the balance of power. Worse, it had wrought an inevitable lose of competitive edge in the league. With the limited pool of first division players who can compete for a place in national team now in VB, there is real bluntness in the remaining teams. No real competition, far less excitement with only one team calling the shots, this is the least competitive year in a long time. VB Sports is certainly living their dreams but football as a competitive sport is suffering.

Now if you say ‘money buys trophies’ VB is proving the how true the saying is. Even you have the inkling of the feeling that you could win trophy for VB with the kind of squad they have.  But does money always buy you trophies? The famous "Galacticos" of Spanish giant Real Madrid that includes the likes of Ronaldo, Zinedine Zidane, Beckham and Robinho never could do so in the league 2004-2005? Why had they failed then?  Yes, why did coach Laxumbago was shown the door in 11 months?

You can have all the best players in the world but what if the couch is out of sync with players. What if he is in a ship with no control over his crews? What if the players are too hot-headed or too egoistic for coach’s liking and don’t click? All kind of scenarios where the best-laid plans could be the recipes for disasters.
Remember what happened to Valencia? When they turned professional in 2002 with the eventual capture of many fine players of the like Kuda Moosa, Dhonbileh, and Heena the assumption was they would take National Tournament by storm.  Yet what had happened? Young Anil-inspired Victory embarrassed them to win in the final.  The point is having all the talented footballers in town at your disposal is one thing and making them into winning unit day in day out is quite another.

Perhaps it is not just because of the star-packed team that they have done so magnificently this year. Huge credit must go to the Turkish man in the dugout, he has molded and assembled a team that is tactically so resolute in defense and highly effective in attack. Remember in all of the 18 matches VB have played so far, they have never lost a game; it is only four draws which have robbed them of possible 8 points. With an average of 3 goals per match so far there is no mistake about the formidable nature of his strikers but it is team as a unit which has clicked at the most pressing time. It is not because of the excellent keeper in Imran that they conceded less than a goal per match. It is as much of the inspirational figure that is Vanli. Little wonder then they are sitting at the top of the table pregnant with 46 points, their arch-nemesis Victory are way below at second with 38 points.

Could VB Sports have won this tournament even without the services of talismanic captain Ashfag? Yes, most would say. But whether they could do so without the mentor Vanli ask the players. Just like everybody cannot ask their number one goalkeeper to play as a striker and elicit surprise and condemnations from the sport lovers there is only one Vanli who can take his team to finish line without much ado. And he is on the verge of that inevitable memorable success for VB. You are the one go Vanli! 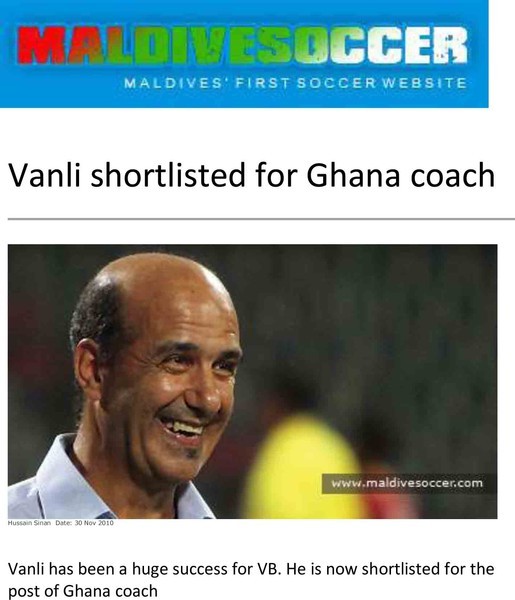 According to VB’s manager Satho, Vanli has spoken about it with the club before his departure for holidays. “He is currently in a 2 year contract with us. But he has discussed with us on the possibility of joining Ghana.” “It is a huge honour for us as well. A coach of our club has been shortlisted for such a prestige post” “The coach is expected to return by the end of December, and we would talk with our board if he is selected on the possibilities”

The other shortlisted candidates include Herbert Addo who is the current coach of the local Black Stars, led Aduana Stars to their first championship in the glo league in their debut season 2009/2010, Marcel Desailly who won the 1998 world cup and Euro 2000 with France, won UEFA Champions League with Olympique de Marseille in 1994, also had a very successful career at Chelsea in the premier league where he helped the team win the 2000  FA Cup, Goran Stevanovic who played for the SFRY national team, was assistant  coach of the Serbia and Montenegro national team between 2003-2006 and Humberto  Jesus Coelho who is a former Portuguese national team centre back, he played  most of his career football with one of Europe’s top teams Benfica, he led Portugal to the semi finals of Euro 2000, between 2000 to 2002 Humberto was the  head coach of the Moroccan national team, 2003-2004 he headed the South Korean national team, Jesus also coached Tunisia 2008-2009.

The five coaches will go through interviews this week and the new coach of the Black Stars will be announced by December 15th 2010. 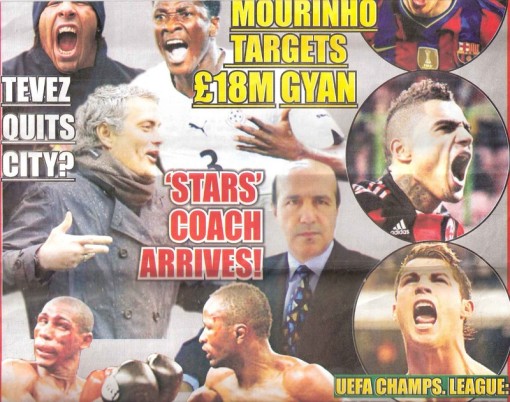 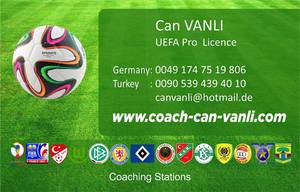 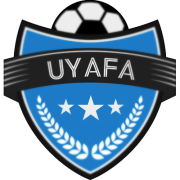